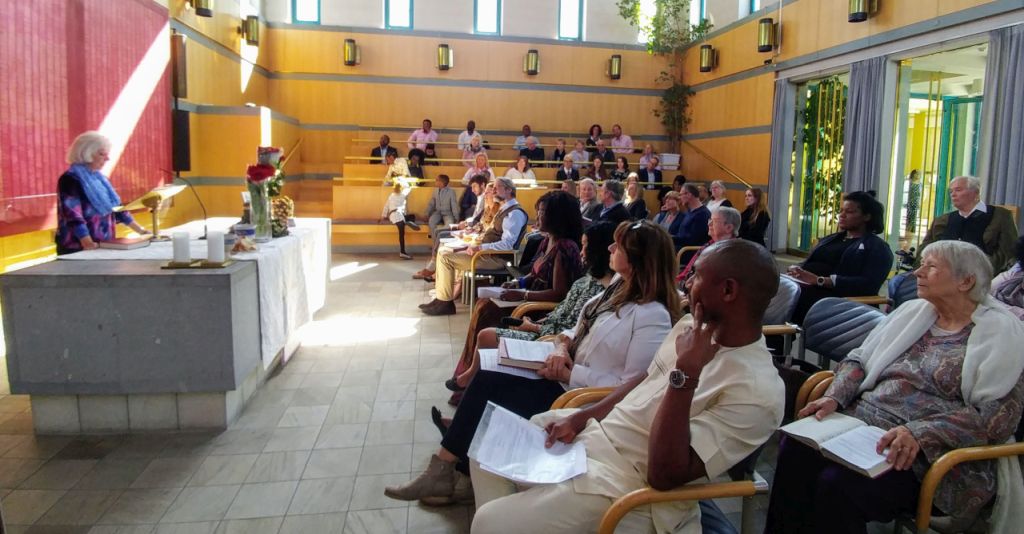 Our church history began in the 1960's as a prayer group which was led by Thelma Treml, an American lady, whose father was a pastor. On marrying an Austrian and coming to live in Salzburg, she felt the need to offer spiritual nourishment in English. As an active member of the Evangelische Christuskirche in Salzburg, she led a bible study every Sunday throughout the year and a small English service every other week on Saturday, at which she preached. (She still leads a women's bible study at the age of 93) She also felt that social time after worship was essential and started the custom of coffee time hospitality on Saturdays and Sundays. At that time visiting British pastors, organised through a missionary society, came to preach in the church during the summer months, for tourists and ex-pats.

As this community grew, the need for a permanent pastor was felt and in 2001 Lutheran Pastor Richard Solberg and his wife Valeria responded to the call. They spent five years with us, during which time our congregation went from strength to strength and the process of change from the Salzburg International Christian Fellowship (S.I.C.F.) into a fully recognised church began. A constitution was negotiated successfully with the National Austrian Evangelical Church to make us a fully accepted church in our own right and to formally separate our church from the Christuskirche. In 2006 an American, Presbyterian Pastor, Mike Spangler and his wife Liz came to us for three years and in 2009 an Australian, Churches of Christ Pastor, Glynthea Finger felt the call and stayed with us for seven years. During her ministry, due to renovations taking place at the Christus Kirche, we were offered the use of the Chapel at the Diakonie-Zentrum, Aigen. After the work was completed, it was decided, by a congregational vote, to remain in the Chapel. In late 2016, Lutheran Pastor, Mandy Oleson took over and left us in early January 2019 after two years.

In 2020 we are delighted to welcome Jeff Lampl as our new pastor along with his wife Kathy. He is Presbyterian and American, with over thirty years experience in church leadership and pastoring. We appointed him in March 2020, after a successful visit to us and an overwhelmingly positive vote in his favour. Unfortunately this was just two weeks before the world went into lockdown, due to the covid19 pandemic. This has meant that the first few months of his nurturing of our church, has had to be conducted remotely, via youtube, Facebook and zoom. Virtual sermons, communion and bible studies are still taking place, along with zoom get togethers. God works in mysterious ways and Jeff was sent to us precisely when we needed him most.